On a somewhat more positive note it should be added that western measures were long overdue. Let’s just hope the Shayrat airbase wasn’t manned by Russian troops – or that Mother Russia is looking kindly on an attack on her close Middle East ally. 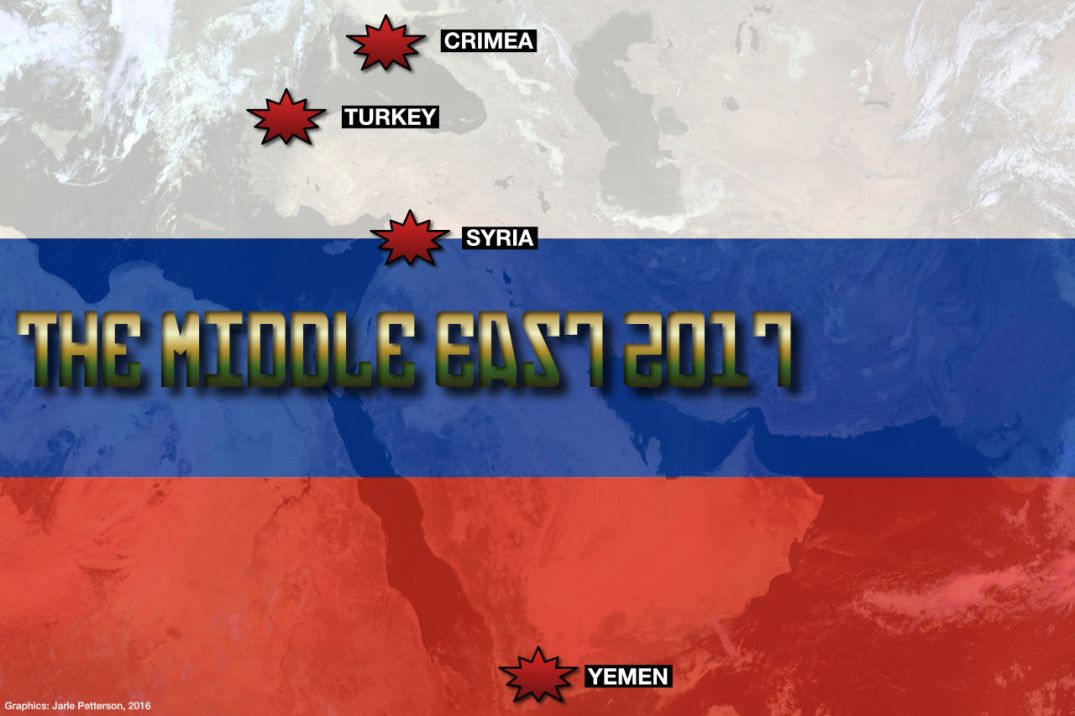 Any attempt to concentrate power to one out of three branches of government must be opposed vehemently.

I tell you, Russiagate is going to be such much fun.

Like most Europeans we Norwegians care deeply for America, in fact so much so that our reluctance to join the European Union is in part justified — and explained — by our close US relations, more or less obviating other alliances. And that, dear reader, is no exaggeration.

While it is no secret that this blogger finds closer ties to the EU, materialised in a full membership, preferable, I, too, care for America, which shouldn’t come as a surprise, brought up with American products, heroes, artists and culture as we are, as well as a loyal US and NATO ally, since the alliance’s formation.

Also, since long before Russia’s President Putin started rattling his sabers, one has been an avid advocate for the reinforcement of the North Atlantic alliance and, therefore, our ties to the United States.

Nowadays, however, we’re simply afraid, and this blogger is no exception, with a deep care for America converted to the deepest fear for America — or, rather, for its president. Of course our ridicule is motivated by his ridiculous statements and, some times, appearance, but underneath lies layer upon layer of deep fear, knowing full well that we have indeed seen political madmen in our near past, of whom some even advocating politics very similar to the ones presented by the current US President. 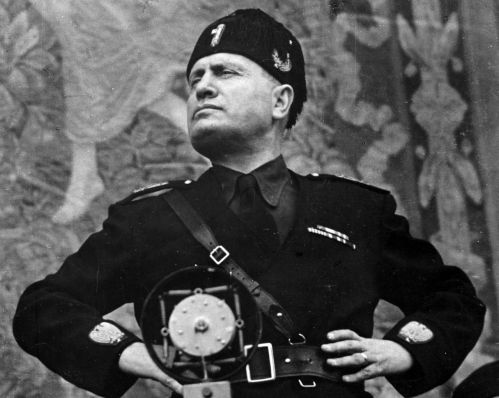 In other words our fear, in spite of our obvious care, should come as no surprise.

I am aware that many would argue that there’s a huge difference between the two above depicted dictators and this here man:

But you really shouldn’t be surprised if some of us beg to differ. Especially considering the emerging and, in part already existing, political climate he inspires: 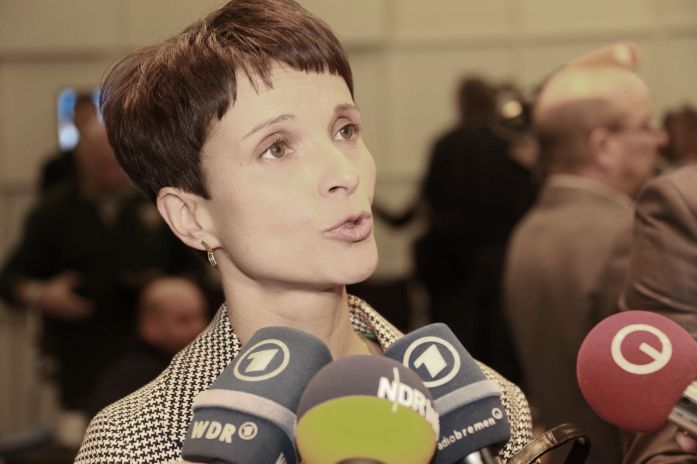 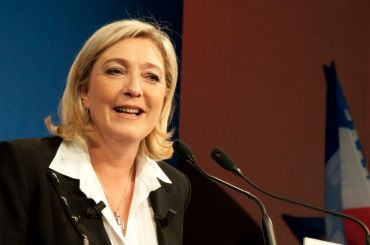 Consider then, dear American readers (of whom I actually have quite a few), that we fancied ourselves your ally in the battle against authoritarian leaders, such as this gentleman:

And I’m sure you will agree that following Russia’s example may not be the best way to go about just that challenge.

Be that as it may, we still care deeply for America, but I hope you understand why it is that some of that care may easily be replaced by fear, if you would be so kind as to excuse the rhyme (in the headline, too).

My approach is very simple, really: We should aspire to a civilised world, not one led by hooligans. Is that too much to ask?

On a lighter note, though, seeing as we do so love American culture:

CNN’s fairly restrictive on-air profanity policy should be well-known by now (remember Madonna’s recent D.C. appearance?). Foreign languages, on the other hand, may prove to be a bit of a challenge. This F-16 pilot’s «Helvete!» translates to «Bloody hell!».

Whistleblower Edward Snowden has seized on a report that Russia is considering sending him back to the US as a “gift” to Donald Trump, saying that the story vindicates him of charges that he is a spy.

“Finally: irrefutable evidence that I never cooperated with Russian intel,” he said on Twitter. “No country trades away spies, as the rest would fear they’re next.”

Source: Snowden claims report Russia may ‘gift’ him to Trump proves he is not a spy | US news | The Guardian

Or how any ruthless regime would discard its assets once depleted. https://t.co/SJo8ZS8P9S 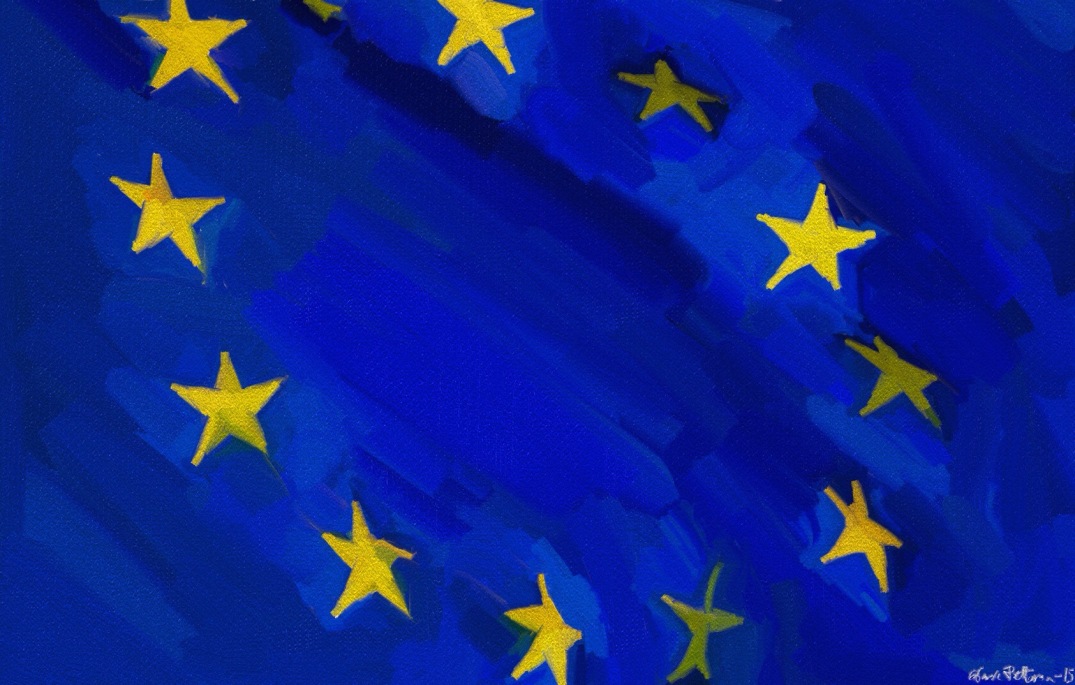 Having spent around a decade fervently warning against Russian president Vladimir Putin’s master plan, it is something of a relief to see that even the mainstream media have gradually come to realise what’s been going on, even if they perceive it as an outcome of recent events, establishing some sort of consensus that the objective is to destabilise and, ultimately, disintegrate Europe, leaving the northern hemisphere with only two really influential powers; Russia and America – among whom the latter currently under the influence of the former.

Concluding that a strong Europe is the best preventive action isn’t rocket science, and yet we’re left with no option but to witness the UK’s departure, possibly followed by other countries, depending on whether or not nationalist parties emerge victorious in this year’s European elections.

Of course you may object that it’s easy for a citizen of a non-member country, such as my own, to call for a European consolidation, even if I’ve championed a Norwegian EU membership since the age of ten (which amounts to approximately 45 years), but remain cautiously optimistic that the non-nationalist parties will prevail in this year’s general election, luckily to be held in September, at which point I would hope Norwegian voters will have had ample time to witness Putin, Trump, Le Pen, Petry and Wilder’s frenzied attempts at destroying European unity.

There is, of course, a distinct possibility that they like what they see, considering that nationalist tendencies are palpable, also in Norway – especially among the Progress Party, the Centre Party and the Socialist Left Party supporters, eagerly resisting a Norwegian EU membership, among whom the rural, energetically anti EU Centre Party just made a formidable leap forward in recent polls.

Voters able to see beyond narrow-minded self-interests, on the other hand, may conclude that the ongoing Russo-American race to tear Europe apart, with the aid of European nationalists, needs to be met with a firm support of the European Union.

The obvious approach would be for Norwegian voters to not only support EU friendly parties, but to demand resumed membership negotiations – if Europe will have us, that is (it wouldn’t surprise me if they decline, seeing as two former applications already failed, due to discouraging referendum outcomes).

At any rate it is time to reinforce European unity as a countermeasure against the emerging nationalism – and a world lead by a through and through non-democratic Sino-Russian-American trio, accompanied by the Erdoğan regime in the Middle East.

If not I’m afraid we may as well abandon all hope.

You’re not very likely to see this blog divulge or attempt to reveal and expose fake news when ever I stumble upon it, simply because the blog is more about what people do not – or do not want to – know than what they already know (or are prepared to realise).

And let’s fake face it, in fake news times I find legitimate, truthful news so much more sensational.

As for the rest of you, please feel free to point out the falsehood in fake news when you see it. Chances are you are going to be very, very busy. I, on the other hand, prefer to choose my battles with care, presuming each and every piece of news potentially post-factual, treated with the normalcy it deserves, which is to say total disregard.

P.S. Truth be told, after years and years of warning against RT, Sputnik and numerous other fake news outlets, one has succumbed to a certain level of fake news fatigue, now that it’s finally on everybody’s lips. But I will say this: It feels strangely good, somehow, to have been the guy crying «Wolf!».

For the first time since the cold war, the annual threat assessment presented by the Norwegian Police Security Service (PST) today revealed that Russian espionage and cyber attacks pose among the most serious threats to Norwegian civil society and government agencies, which shouldn’t come as much of a surprise to anyone following geopolitical developments as they’ve unfolded over the last decade or so.

The official confession coincides with news that Norwegian MPs Trine Skei Grande (Liberal) and Bård Vegar Solhjell (Socialist Left Party) have been denied entry visas to Russia in response to Norway’s failure to retract support for international sanctions against Russia.

Former Norwegian intelligence officials also voice concerns that America under Donald Trump may pose an equal – actually a worse – threat, and in all honesty, who am I to talk, liable for drawings such as these:

In any event we most certainly do live in interesting times.